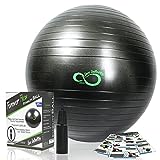 Which size is correct for me?

The exercise ball that you need depends on a few things – your height, leg length and purpose of the ball. The correct size exercise ball will allow for a 90-degree angle at your knees and your thighs to parallel the floor while sitting on top.

Sizing Chart Based On Height

If you intend to use as a ball chair we suggest measuring the height of your desk and choosing the size accordingly. We recommend the 75 or 85cm ball

What Separates Our Exercise Ball From The Competition?

These professional grade anti-burst exercise balls are the highest quality ball available and are guaranteed to meet and exceed your expectations.

✦Anti-burst tested: Can hold 600 lbs with a 2cm cut while only slowly deflating

✦Durable enough for any crossfit, pilates, workout or yoga routine you follow

✦Dependable for every day use as an exercise ball office chair

What’s Included With My Purchase?

About Live Infinitely
When we started Live Infinitely we had one thing in mind, YOU. Our mission is to produce only the highest quality products and provide the best customer service in the market. We stand behind our products and are here to help you reach your goals! 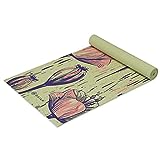 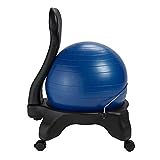 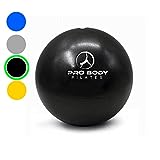